<h2>'Both gripping and scarily plausible, from the first page to its chilling conclusion, <i>The Cover Wife</i> is a book that demands to be read' Kevin Wignall, author of <i>A Death in Sweden</i></h2><p><b>The latest sophisticated, suspenseful, and intensely human spy thriller from master of the genre Dan Fesperman transports the reader to Paris and Hamburg, and deep into the conspiracy behind the 9/11 attacks.</b></p><p>Paris, October 1999. CIA agent Claire Saylor's career has stalled, thanks to unorthodox behaviour in her past. So when she's told she'll be going undercover in Hamburg to pose as the wife of an academic who has published a controversial interpretation of the Quran's promise to martyrs, she assumes the job is a punishment. But when she discovers her team leader is Paul Bridger, another Agency maverick, she realizes there may be more to this mission than meets the eye – and not just for professional reasons.</p><p>Meanwhile, Mahmoud, a recent Moroccan émigré in Hamburg, has become involved with a group of radicals at his local mosque. The deeper he's drawn into the group, the more he is torn between his obligations to them and his feelings toward a beautiful westernized Muslim woman.</p><p>As Claire learns the truth about her mission, and Mahmoud grows closer to the radicals, their paths are on a collision course that could have disastrous repercussions far beyond the CIA.</p>

<p>A high-stakes spy thriller, set in Paris and Hamburg, about the conspiracy behind the 9/11 attacks.</p>

'Both gripping and scarily plausible, from the first page to its chilling conclusion, <i>The Cover Wife</i> is a book that demands to be read'

Kevin Wignall, author of A Death in Sweden

'I have long been a fan of Dan Fesperman, especially his books featuring Vlado Petric, a Bosnian detective from Sarajevo. Fesperman skilfully mines his experience as a foreign correspondent to write smart, sophisticated thrillers'

'Another example of superior spy-fiction from Dan Fesperman who, writing at the top of his game, makes the modern day shadow war against Islamic jihadis all too plausible'

'There are several sides to every story, and so it is with this super spy thriller'

'Another impeccable espionage thriller from Dan Fesperman ... A greatly satisfying thriller which never relents and runs in parallel to notorious historical events while also shedding a new speculative light on them that has the reader soon questioning the official side of the events we have since been fed with'

'Fesperman quickly became a go to author for spy fiction thrillers about the War on Terror for their insight into the issues and nuanced portraits of the combatants. His work has always had that ring of authenticity that comes from being a journalist in the field ... Fesperman's world view is credible and engaging. His grasp of history's cause and effect is masterful ... The blend of real events and fictional characters is skillfully done' 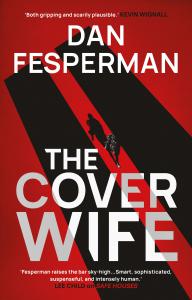 <p>Fesperman is the recipient of the Dashiell Hammett Prize in the US and two Dagger awards in the UK. </p>