<p><b>At the heart of the Ottoman Empire, in the ancient city of Smyrna, a devastating moment determines the fates of four families.</b></p><p>On an orange-tinted evening in September 1905, Scheherazade is born to an opium-dazed mother in the ancient city of Smyrna. At the very same moment, a dashing Indian spy arrives in the harbour with a secret mission from the British Empire. He sails in to golden-hued spires and minarets, scents of fig and sycamore, and the cries of street hawkers selling their wares. When he leaves, seventeen years later, it will be to the heavy smell of kerosene and smoke as the city, and its people, are engulfed in flames.</p><p>But let us not rush, for much will happen between then and now. Birth, death, romance and grief are all to come as these peaceful, cosmopolitan streets are used as bargaining chips in the wake of the First World War.</p><p>Told through the intertwining fates of a Levantine, a Greek, a Turkish and an Armenian family, this unforgettable novel reveals a city, and a culture, now lost to time.</p><p>'Utterly delightful' <b>Buki Papillon</b></p><p>'This rich tale of love and loss gives voice to the silenced, and adds music to their histories' <b>Maureen Freely, Chair, <i>English PEN</i></b></p><p>'A must-read' <b>Ayşe Arman, <i>Hürriyet</i></b></p><p>'A symphony of literature' <b><i>Açık Radyo</i></b></p><p>'Defne Suman is a story-teller. She tells the story of how love, emotions and identities are influenced by socio-political events of a lifetime' <b><i>Cumhuriyet</i> Newspaper</b></p><p>'A wonderfully braided story of family secrets set in the magical city of Smyrna, told in luminous prose' <b>Lou Ureneck, author of <i>Smyrna, September 1922</i></b></p>

<p>Set in the ancient city of Smyrna, this historical novel follows the intertwining fates of four families as their peaceful city is ripped apart by the dissolution of the Ottoman Empire.</p>

'A symphony of literature'

'Defne Suman has crafted a wonderfully braided story of family secrets set in the magical city of Smyrna. Told in luminous prose, <i>The Silence of Scheherazade</i> is a romance full of rich and memorable characters whose lives collided with a pivotal and tragic moment in history. The novel is a delight'

'When Smyrna was reduced to ashes in September 1922, the world lost one of its most beautifully cosmopolitan cities. Defne Suman and Betsy Göksel have brought it back to life in all its glory in this rich tale of love and loss, giving voice to the silenced, and music to their histories'

'<i>The Silence of Scheherazade</i> is a wonderful, social and historical novel, with delicate touches of love, and realistic moments of a daily life that was lost forever'

'Suman's novel examines the conflict between a pluralistic notion of selfhood and a monolithically constructed national identity. The paradigms of exile and displacement, of speaking from minority positions, are intertwined with these themes'

'Dense with rich descriptions and interwoven narrative threads ... A magnificent and illuminating historical novel concerned with every day life in the diverse Ottoman Empire'

'This unforgettable novel reveals a city, and a culture, now lost to time'.

'Part Victorian Gothic, part cosmopolitan modernist, and part metatextual experiment ... Suman deftly paints a picture of a city which endures occupation after occupation ... Suman's tale is at its heart about those small people living their daily lives within the city, loving each other and the land beneath them ... Göksel handles the translation of this complex tale just as skillfully as Suman herself weaves it'

'At once breathtakingly sweeping and textured with alluringly fine detail, this beautifully written story set in the Aegean city of Smyrna in the lead up to WWI is a sumptuous tour de force' 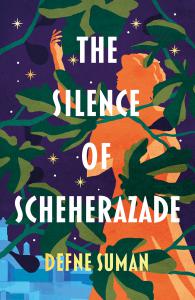 <p>Like Min Jin Lee's PACHINKO, this novel brings to light an important period of history through the eyes of unforgettable characters.</p>

<p>Perfect for book clubs and events – issues of race and religion, nationhood and cultural identity relevant to our world today.</p>