<h2>The #1 <i>Irish Times</i> bestseller </h2><p><b>An anthology of the very best Irish short stories, selected by Sinéad Gleeson, author of <i>Constellations</i>. </b></p><p>There have been many anthologies of the short story as it developed in Ireland, but never a collection like this.</p><p><i>The Art of the Glimpse</i> is a radical revision of the canon of the Irish story, uniting classic works with neglected writers and marginalised voices – women, LGBT writers, Traveller folk-tales, neglected 19th-century authors and the first wave of 'new Irish' writers from all over the world now making a life in Ireland. Sinéad Gleeson brings together stories that range from the most sublime realism to the downright bizarre and transgressive, some from established literary figures and some that have not yet been published in book form.</p><p>The collection draws on a tremendous spectrum of experience: the story of a prank come good by Bram Stoker; Sally Rooney on the love languages of the new generation; Donal Ryan on the pains of ageing; Edna O'Brien on the things we betray for love; James Joyce on a young woman torn between the familiar burdens and oppression of her home and the dangerous lure of romance and escape; and the internal monologue of a woman in a coma by Marian Keyes. Here too are vivid and less familiar stories by Chiamaka Enyi-Amadi, Oein De Bharduin, Blindboy Boatclub and Melatu Uche Okorie.</p><p>Sinead Gleeson's anthology is a marvellous representation of a rich literary tradition renewing itself in the 21st century.</p><p><b>Contributing authors include: </b></p><p>Samuel Beckett, Sally Rooney, Melatu Uche Okirie, William Trevor, Marian Keyes, Kevin Barry, Edna O'Brien, Claire-Louise Bennett, Sheridan Le Fanu, Danielle McLaughlin, Máirtín Ó Cathain, Frances Molloy, Blindboy Boatclub, Elizabeth Bowen, Frank O'Connor, Chiamaka Emyi-Amadi, John McGahern, Anne Enright, Mike McCormack, Maeve Brennan, Oein de Bhairduin, Eimear McBride, Seán Ó'Faoláin, Cathy Sweeney.</p>

'Sinéad Gleeson's latest anthology is a call for the realignment of the Irish literary canon as she presents her vision of new and established voices sitting comfortably side by side ... The sheer variety of the styles and genres included in this anthology ensure it caters to many different tastes and readers will return to many of the stories again and again'

'A beautiful piece of publishing ... Over 700 pages of Irish short stories ... Expands the canon of the Irish short story, it's full of marginalised and forgotten voices, women, LGBT writers, forgotten 19th-century voices'

'Gleeson radically reimagines the canon of the Irish short story, from the classic and familiar to the urgent and contemporary ... An ambitious, joyous representation of the beloved traditional form'

'Sometimes described as a 'glimpse of truth', short stories can be all the more forceful, inventive and meticulously crafted for their brevity, as Sinéad Gleeson's excellent anthology demonstrates'

'Whilst the collection sparkles with new stars of current Irish writing right alongside those loved for decades, it is the breadth of talent on display here which is truly amazing'

'Gleeson has almost single-handedly revolutionised the literary anthology in Ireland ... This is a masterpiece of selection and execution ... This one works like a dream to create a wonderful, maybe even definitive book of stories from Ireland' 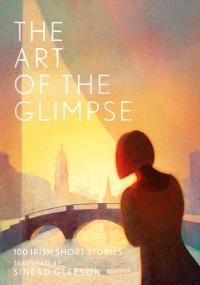 <p>Sinéad Gleeson's book of personal essays, <i>Constellations</i>, was a bestseller in Ireland. </p>