<h2>With swashbuckling, super-fast paced action and #ownvoices queer romance, The Battalion of the Dead return in a dazzling new adventure, set amid the opulence and squalour of 18th-century London and Paris. Read it as a standalone or the eagerly awaited sequel to <i>Dangerous Remedy</i>.</h2><p>1794, London: Camille and Al are desperately hunting Olympe's kidnapper. From the glamorous excesses of the Vauxhall Pleasure Gardens to the city's seedy underbelly, they are caught in a dangerous game of lies and deceit. And a terrible new enemy lies in wait with designs more monstrous than they could ever imagine... Can Camille play on to the end or will she be forced to show her hand?</p><p>Meanwhile in Paris, the Revolution is teetering on the brink of collapse, Ada is forced to take her biggest risk yet: infiltrate the Duc's inner circle to discover what he has planned for Olympe, and France.</p><p>Time is running out. One false move, and the Battalion could be finished.</p><p><b>To get what you want, how far is too far?</b></p>

<p>The Battalion of the Dead return in this adventure, set amid the opulence and squalor of 18th-century London and Paris. The French Revolution is on the brink of collapse and dangerous forces are poised to fill the vacuum. Can the Battalion survive to keep evil at bay?</p>

<b>PRAISE FOR <i>DANGEROUS REMEDY</i></b>: <br />
'The deadly world of the French Revolution gets a fantastical twist in the first of a 'dazzling, commercial' new series following a diverse band of fearless rebels. Wonderfully atmospheric fill of strange science, mysterious powers and fearless heroines' <i>The Bookseller</i>. <br />
'An intelligent, lush and rollicking opener to what promises to be your new YA obsession. Vivid, dark, and complex – I fell under <i>Dangerous Remedy</i>’s spell from the very first page' Kiran Millwood Hargrave, author of <i>The Deathless Girls</i>. <br />
'Kat Dunn's captivating debut ... is part steampunk adventure, part historical thriller ... An enthralling, fast-paced adventure with a cast of likeable characters; Camille's relationship with her lover Ada is particularly well drawn. There's a neat denouement and the promise of sequels' <i>Guardian</i>. <br />
'The characters are well drawn and each one feels fully fleshed-out ... so while this adventure is complete in itself, you'll look forward to the next in the series' <i>SFX Magazine</i>. <br />
'A gripping adventure of daring escapades and dazzling set-piece scenes. Between these pages you'll find heart-pounding romance, wit, trickery, danger and a uniquely brilliant kind of magic'

Kesia Lupo, author of We Are Bound by Stars 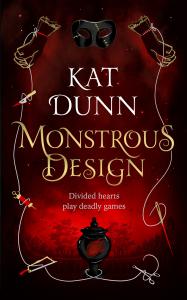 <p>Commercial, historical adventure with a fantastical twist from a bright new talent. Second of three novels for YA Fantasy and Historical Romance readers.</p>

<p>Author well-connected and active in the YA community and on social media.</p>